The Organisation of Islamic Cooperation (OIC) 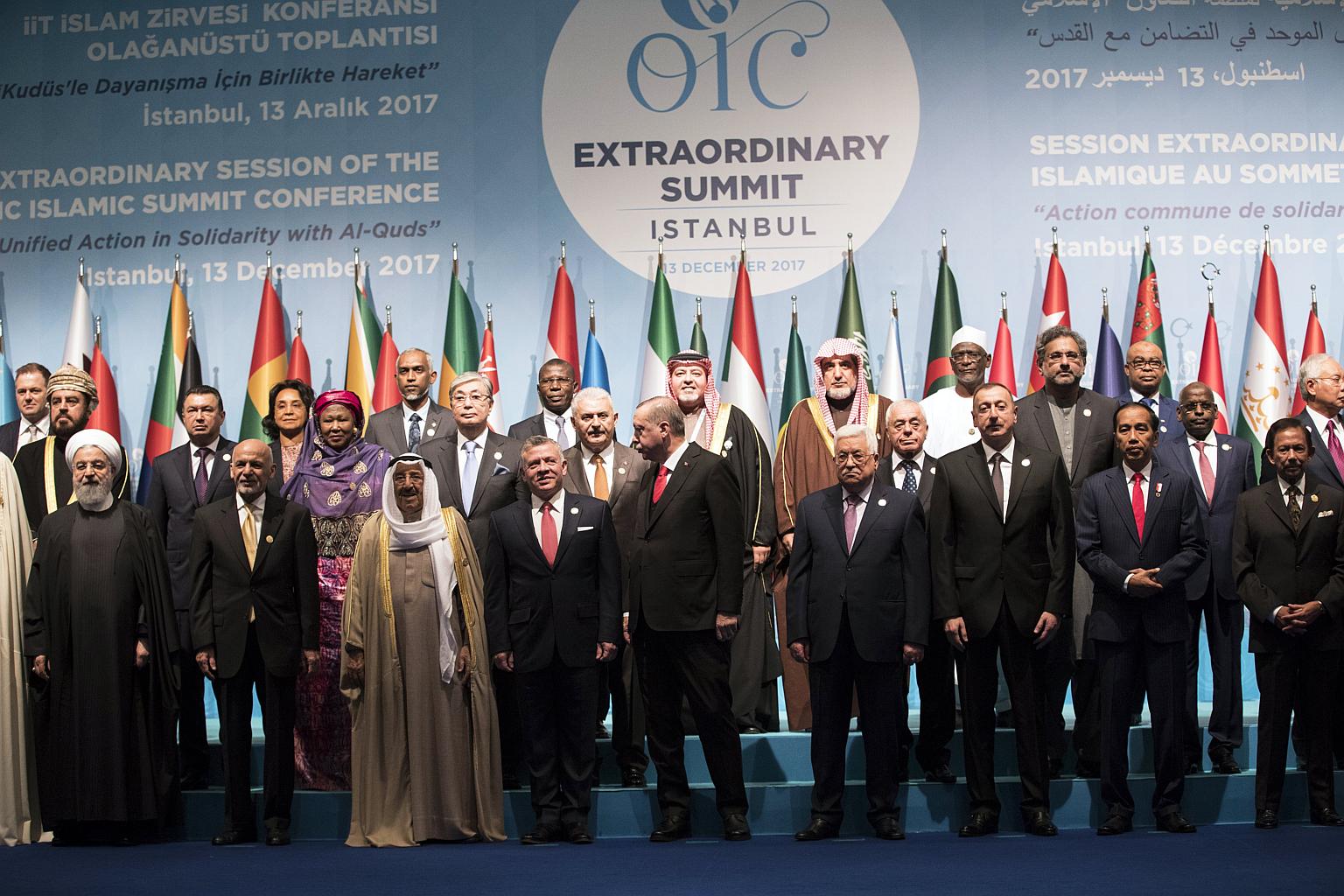 The Organisation of Islamic Cooperation (OIC) is the second largest inter-governmental organization after the United Nations with a membership of 57 states spread over four continents. The Organization is the collective voice of the Muslim world. It endeavors to safeguard and protect the interests of the Muslim world in the spirit of promoting international peace and harmony among various people of the world.

The Organization was established upon a decision of the historical Summit which took place in Rabat, Kingdom of Morocco on 12th Rajab 1389 Hijra (25 September 1969) following the criminal arson of Al-Aqsa Mosque in occupied Jerusalem.

In 1970 the first-ever meeting of the Islamic Conference of Foreign Minister (ICFM) was held in Jeddah which decided to establish a permanent secretariat in Jeddahto be headed by a Secretary-General.

The first OIC Charter was adopted by the 3rd ICFM Session held in 1972. The Charter laid down the objectives and principles of the organization and fundamental purposes to strengthen the solidarity and cooperation among the Member States. Over the last 40 years, the membership has grown from its founding members of 30 to 57 states. The Charter was amended to keep pace with the developments that have unraveled across the world. The present Charter of the OIC was adopted by the Eleventh Islamic Summit held in Dakar on 13-14 March 2008 to become the pillar of the OIC future Islamic action in line with the requirements of the 21st century.

The Organization has the singular honor to galvanize the Ummah into a unified body and has actively represented the Muslims by espousing all causes close to the hearts of over 1.5 billion Muslims of the world. The Organization has consultative and cooperative relations with the UN and other inter-governmental organizations to protect the vital interests of the Muslims and to work for the settlement of conflicts and disputes involving the Member States. In safeguarding the true values of Islam and the Muslims, the organization has taken various steps to remove misperceptions and has strongly advocated the elimination of discrimination against Muslims in all forms and manifestations.